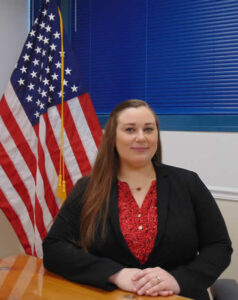 Brittany has spent her legal career advocating for victims of crimes and the citizens of the state
of Florida. Born and raised in Tampa, she began her career as an Assistant State Attorney for the
13 th Judicial Circuit. After passing the bar exam, she accepted a position at the State Attorney’s
Office where she prosecuted crimes ranging from second degree misdemeanors to first degree
felonies, involving both adults and juveniles. During her three years as an Assistant State
Attorney, she tried several jury trials, non-jury trials, and adjudicatory hearings, in addition to
arguing countless substantive motions. She practiced in a variety of different divisions,
including County Criminal and Traffic in both Tampa and Plant City, Circuit Criminal Felony
and Juvenile, and Felony Violation of Probation.

She is a member of the Florida Bar and focuses her attention on providing the best legal service
for all of her clients.

Brittany is a graduate of Florida State University, earning her Bachelor of Science in
Criminology and Criminal Justice. She earned her Juris Doctor from Western Michigan
University Cooley Law School in Riverview, FL, where she graduated with honors. While at
Cooley, she was a member of the Mock Trial Board, received the book award in Trial Advocacy,
and was a member of the international legal honor society Phi Delta Phi.