Gawker’s founder is making waves in the news again this week after filing for Chapter 11 personal bankruptcy protection. A $140 million court settlement would have anyone shaking in their boots. In the case of Denton, filing for bankruptcy may be his best bet at protecting his assets.

In 2012, Gawker, a popular online gossip rag, posted a sex tape involving Hulk Hogan. Not one to ignore an offense, Hulk Hogan filed an invasion-of-privacy suit against the media company. In Hogan’s favor, this resulted in a $140 million award including $10 million against Denton personally, $100,000 against A.J. Daulerio, Gawker’s editor at the time, $15 million against the site itself, and $115 million against all three defendants jointly. In short, Hulk Hogan came out the heavyweight champion in this courtroom match.

And yes, this is happening today: https://t.co/x8hEKiKqOl

In a bid to protect his digital media conglomerate, Denton also made sure to file for Gawker’s Chapter 11 bankruptcy protection in June, following the ruling against it. A smart move considering Gawker’s brands exceeded 100 million users globally last month. 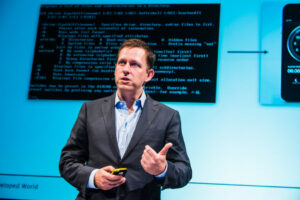 Without legal guidance, Nick Denton would likely be even more entrenched in legislative drama. Without legal representation, one could mishandle very important elements of the process. The compassionate staff at FL Legal Group can help you through the entire bankruptcy process, especially when you’re overwhelmed by the myriad of laws and procedures that are involved in the process. While we don’t advise posting intrusive and personal videos of others online (especially without their consent), we suggest getting the help of an experienced attorney when faced with bankruptcy.

FL Legal group has experienced attorneys that can help you in dealing with bankruptcy.