Uber Accidents Explained: What To Do When Your Rideshare Car Wrecks


So what happens when someone is injured, or worse killed, in an Uber or another rideshare vehicle?

A story in the Orlando Sentinel points out that the Florida Highway Patrol is investigating who failed to stop at a red light in a December collision at the intersection of State Road 434 and Ronald Reagan Boulevard that left one man dead.

Deputy Scott Sullivan was driving his marked patrol SUV eastbound on State Road 434 as a 2011 Volkswagen sedan driven by a Robert Williams, 73, of Winter Park, an Uber driver, was traveling northbound on Ronald Reagan Boulevard.

Both vehicles entered the intersection, and the front of the patrol car struck the left side of the Volkswagen, FHP Sgt. Kim Montes said. It is not clear who had the red light, she said. Williams was taken to Central Florida Regional Hospital with serious injuries.

This unfortunate story out of Orlando shows that no matter what steps you take to be a responsible person, you or others can be hurt by the fault of others.

While the team at FL-LEGAL doesn’t know who was at fault from this crash, someone wasn’t following the rules of the road and it resulted in a young man, who was taking Uber home after a party, dead.

What happens when you’re in a crash while in a ride share vehicle? Who pays for your injuries? If you’re not careful, you do.

Unlike a car crash in a private vehicle, taxis and ride share vehicles operate under different rules. 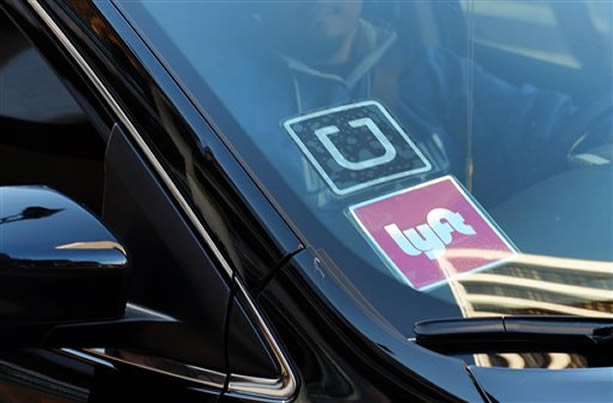 In Florida, if you get into a crash with another driver, you are eligible for $10,000.00 in personal injury protection (PIP) benefits, which comes from your automobile policy, the automobile policy of the car you are in or, if you’re a pedestrian without a car, from the driver who struck you’s insurance.

In Florida, if you get into a crash with another driver, you are eligible for $10,000.00 in personal injury protection (PIP) benefits, which comes from your automobile policy, the automobile policy of the car you are in or, if you’re a pedestrian without a car, from the driver who struck you’s insurance.

If you are hurt by the actions of a taxi or Uber driver, they will likely have bodily injury (“BI”) liability coverage.

But, like crashes with private drivers, how much coverage a taxi or Uber carries varies and it may not be enough to protect you and your family if hurt in a crash.

That’s why it is always a good idea to make sure that, if you own a car, you have selected some form of underinsured motorist (“UM”) coverage to try to make up for any shortfalls in coverage of an at-fault driver.

As always, if you have any questions about these issues, please call the team of attorneys at FL Legal Group to discuss your needs.