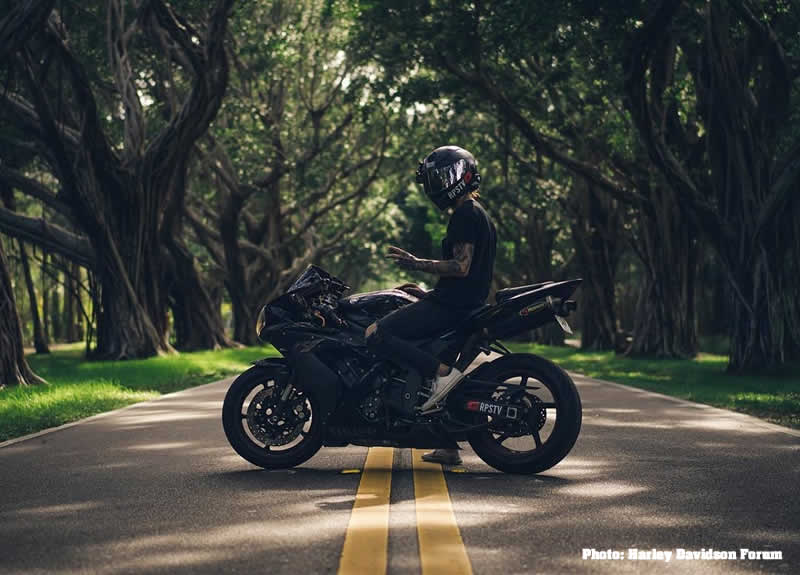 Jake has a YouTube channel that features videos of himself riding his motorcycle at high speeds and with risky maneuvers.

His channel has over 100,000 subscribers who tune in to see his extreme motorcycle riding videos.

Bigby has been recorded at speeds in excess of 100 miles per hour. In one video he blasts through an active school zone at top speeds.

In a stunt this past May, Bigby attempted to do a wheelie on the highway for a video. He botched the move and lost control of his bike.

Bigby sustained a broken ankle. Jake set up a GoFundMe page to help with his medical expenses after he was injured.

While Bigby has many fans, most people think that he is putting himself, and others, at great risk with his reckless behavior.

“He has no regard for anyone else out on the roadway,” said Florida Highway Patrol Trooper Steven Montiero after a news channel showed him some of Bigby’s videos.

Ironically, Bigby has complained about automobile drivers; he feels that drivers don’t do a good enough job looking out for bikers.

“They are very well-protected in their vehicles and I’m not,” Bigby told WKMG News 6.  “Whether or not I’m speeding doesn’t change the fact that somebody could kill me every easily by switching lanes on top of me.  And they tend to do that often.”

Florida is one of the states leading in motorcycle accidents. A study by AAA discovered that motorcycles only account for about 3 percent of vehicle registrations, but are involved in about 20 percent of motorcycle deaths.

Bigby’s dangerous behavior is not representative of most motorcyclists, but it is a reminder that running into an irresponsible biker on the road can be deadly.

And for bikers, reckless automobile drivers are a danger as well.

Hopefully, drivers won’t ever run into an extremely reckless motorist.

But, if you are injured in an accident with a reckless motorcyclist or driver, have an attorney evaluate your case.

FL Legal Group wants all Floridians to be safe on the roads. Click Here to contact us or call 1-800-984-9951 if you’ve been in an accident and need help.